Mississippi’s Duty to Read and the Questionable Immunity it Provides

A. The Recognized Claim

Mississippi has long recognized that an insurance agent or broker may be found liable for any damages that result from the agent or broker’s failure to procure the insurance requested by his client.[1] Insurance agents have a duty to exercise reasonable diligence in obtaining a policy “conforming to the requests of the insured.”[2] Consequently, Mississippi recognizes claims against insurance agents for negligent procurement of insurance when “the agent either failed altogether to procure coverage or the policy procured by the agent did not provide the coverage requested by the insured.”[3]

However, insureds have a duty to read the policy.[4]  Courts have interpreted this “duty to read” to establish a presumption that the insured has knowledge of the contents of the policy.[5] For example, in Emerald Coast Finest Produce Co., Inc. v. Alterra American Ins. Co., the insured argued that because they never received a copy of the insurance policy, “the duty-to-read doctrine [wa]s inapplicable.”[6] The Fifth Circuit, applying Mississippi law, concluded that when the dispute is over coverage limits and not a policy provision, the duty to read is triggered by the receipt of a certificate of insurance listing the coverage limits; the receipt of the policy itself is unnecessary.[7]

This “duty to read” creates causation problems for the insured who is seeking damages for negligent procurement of insurance. In Mladineo v. Schmidt, the Court held that it was the insured’s silence – failure to request such a policy at the time of the initial negotiations – that was the proximate cause of their damage, not any potential negligence of the agent.[8] The Court went on to say, “[i]f they had executed their duty to read the policy, they would have noticed that the policy plainly did not cover the things that they assumed hurricane policies would cover.”[9] Similarly, in Ladner Investments, Inc. v. Michael Conway, Inc., the Mississippi Court of Appeals held that the proximate cause of  Petitioner’s damages was his failure to read the declaration statements, not the agent’s failure to process the insurance request to procure insurance.[10]

C. The Insurer’s Burden of Proof to Establish Receipt

“Mississippi law establishes that where notice is sent to the insured via mail, [t]here is a presumption that mail deposited, postage prepaid and properly addressed is timely delivered to the person addressed. Proof of mailing operates to establish a rebuttable presumption that notice reached its intended destination (that is, the insured’s last known address).”[11]

In Jones, the court found the following evidence sufficient to raise the presumption that notice reached its intended destination:

“[D]efendant has submitted the requisite proof of mailing, namely, the declaration of its employee, Connie Brown Phillips, who explains that USAble Life’s records confirm that Jones was mailed a welcome letter and the certificate of coverage on September 2, 1998 to her home address in Canton, Mississippi. Copies of the welcome letter and certificate of coverage, both addressed to plaintiff, are included with Phillips’ declaration, in which she attests that these documents were prepared and maintained in accordance with defendant’s regular practice in the usual course of business. Phillips insists that the mailing address on these documents is correct, noting that all subsequent correspondence and disability checks were sent to that same address, including forms that Jones completed, signed and returned.”[12]

The foregoing case law shows that Mississippi supports a claim for negligent procurement of insurance when the agent fails to obtain the coverage requested by the insured.  However, Mississippi imposes a “duty to read” which essentially absolves the agent of all liability for negligent procurement of insurance.  If any agent can put forth evidence that the policy – and in some cases merely the certificate of insurance – was mailed to the insured, a rebuttable presumption – albeit practically unrebuttable – that the insured received the policy is established.  The insured may rebut this presumption by putting forth evidence displaying such notice was never received, but denial of receipt is not enough to create a jury issue.  The three primary issues created by the duty to read are: (1) the reality that hardly anyone reads their insurance policies, (2) the potential that the rule sanctions the perpetuation of fraud, and (3) the issuance of immunity when Mississippi’s comparative negligence standard would suffice.

The duty to read establishes a presumption that an insured has knowledge of the contents of the policy, but in reality very few people read their insurance policies.  Consequently, the duty to read seems to establish a standard of conduct that is beyond what a reasonably prudent person under the same or similar circumstances would do.  Under the current standard, practically every Mississippian insured is negligent.

Further, to allow agents to escape liability by mailing, or merely presenting evidence of mailing, the agent’s policy to the insured could potentially sanction the perpetuation of fraud.  As the law currently stands, a savvy insurance agent could induce potential customers to move coverage with the agent under a guise.  Suppose an insured has $900,000 in underinsured motorist coverage with his or her current insurer.  An agent could procure a quote for less than $900,000 in underinsured motorist coverage, such as $75,000, which would obviously be at a lower premium than what the insured currently pays.  If the insured moves coverage to the agent and the agent can provide proof that the agent mailed the new policy showing $75,000 in coverage, the agent is immune. If the insured discovers the error, the agent could merely adjust coverage and the premiums – no harm no foul.  However, if the insured does not discover the error until there is a claim, then it is too late.  The court would tell the insured they should have read their policy.  Such a hypothetical situation could very well happen frequently, especially considering the commission-heavy compensation structure of insurance agents.

Finally, the immunity provided to insurance agents through the duty to read would be better served by utilizing Mississippi’s comparative negligence statute. Section 11-7-15 of the Mississippi Code is perfectly capable of handling a situation analogous to the hypothetical provided above.  Should Mississippi insureds read their policy when mailed to them?  That is quite possible – let the jury decide.  Should an insurance agent who is paid to procure a certain coverage on behalf of his or her customers procure the correct coverage?  That seems even more likely – let the jury decide.  Juries assign fault frequently in cases where both the plaintiff and defendant contributed to the loss.  Why make an exception for insurance agents? 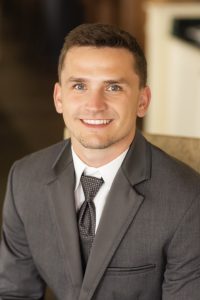