In 1954, the Supreme Court overruled Plessy v. Ferguson’s separate-but-equal doctrine in K-12 education through Brown v. Board of Education.[1] Brown was beneficial in many ways. For schools that did integrate, it gave those black children the educational resources that were not available in their previous segregated schools. Some scholars even believe that Brown was the starting force that led to the Civil Rights Act of 1964, the Voting Rights Acts of 1965, and other key statutes that removed many barriers to black people in employment, public accommodations, housing and more.[2] Unfortunately, although Brown’s decision did have some benefits for black children, it did not help much with integration and it still negatively impacts the education of black children today.[3] In Brown, the Supreme Court stated that segregation had a detrimental effect on black children, but it was not school segregation by itself that had a detrimental effect. Unequal resources and unequal schools had a detrimental effect on black children. Instead of overturning Plessy’s separate-but-equal doctrine for education, Brown should have instead enforced the doctrine with strict oversight and made an effective plan for schools to become equal.[4]

Looking at the effects of Brown, the opinion, limited to a functional equality framework, hurt black children more than it helped them. When black students integrated into white schools, this led black students from an environment of all black teachers and peers to all-white teachers and majority white peers. Although Brown ruled against racial segregation in schools, it did not protect black educators.[9]  Due to integration, black teachers and principals lost their jobs by the thousands.[10] Because many black schools closed, black teachers and principals no longer had a place to work as they were refused jobs at white schools, and white superintendents refused to have them teach white children or be in a position over a white teacher.[11]

It was beneficial to black students that they had black teachers who understood their struggles and who cared about their educational success.[12] Pre-Brown, around 35-50% of teachers in the states that had segregated schools were black.[13] Post-Brown, this figure dropped drastically.[14] This affected black children as they were no longer being taught by people who looked like them and understood their upbringings. The personal relationships between black students and black teachers that once existed did not exist anymore.[15] The problem was that black students benefited greatly from having black teachers, even today.[16] In comparison to white students, black students who have white teachers have a greater chance of being expelled or suspended, are less likely to be placed in programs that are deemed for gifted children, and their teachers have lower expectations for them.[17] When black students do not have black teachers, those students can suffer from disparities beyond their control. In regards to the decrease of black teachers, black children are still suffering presently from inadequate black teacher representation, and unfortunately, the low percentages of black educators have been traced back to Brown.[18]

According to the Supreme Court Justices in Brown and testimony given, segregation made black children feel inferior. If this is accepted as true, unfortunately integration did not work. Three out of ten studies published by 1978 found that desegregation negatively affected black children’s self-esteem while the remaining seven studies showed that desegregation either had no-effect or mixed effects on self-esteem.[19]

Although Brown was ruled to end segregation in schools, black children were still segregated from white children in every other aspect of life. Even if integration in schools was beneficial to the self-esteem of black children, once they left school, they still went home to segregated neighborhoods, attended segregated stores and churches, and walked through a different entrance into stores because of the color of their skin. This could have left black children with the feelings of inferiority discussed by the Brown court because they had the benefit of integrated schooling, yet still did not have the benefits and access to other things white children did.

Most importantly, the Supreme Court erred in Brown because there was no clear resolution of how schools should integrate. Brown only determined that because separate educational facilities were unequal, schools had to integrate. When the Supreme Court had another chance to fix this mistake in Brown II[20] and Milliken[21], they failed again.

In Brown II, the Supreme Court held that lower courts should also adhere to the holding of Brown and start the process of integration “with all deliberate speed.”[22] Because there was no clear resolution of how schools should have integrated in Brown, and Brown II did not give further insight, there were many other cases that came before the Supreme Court and other courts on the issue of integration.[23] When thinking about resolutions, the Court should have taken into consideration how cities and towns that had a majority black population could achieve integration. When this problem occurred in Milliken v. Bradley, the Supreme Court turned away from any advances of Brown.

Although the Supreme Court agreed with the school board’s plan in Swann, in 1974, the Supreme Court quickly ruled differently in Milliken.[28] In Milliken, schools in Detroit, a predominantly black city, were ordered to desegregate their schools through busing children to different schools, which is what the Supreme Court affirmed in Swann.[29] Although white families had already moved to the suburbs for their children to attend different school districts, more white families began moving to the suburbs so their children would not have to ride buses for the benefit of black children receiving an education.[30] Because the citizens of Detroit were majority black, in order to achieve desegregation through Brown, the lower court “ordered the school board to construct an inter-district, metropolitan-wide desegregation plan” which would have resulted in white children that lived in the suburbs attending school with black children that lived in the city.[31] The Supreme Court overruled the lower court’s decision stating that it could not order the 53 outlying suburban school districts to desegregate with the schools in Detroit.[32] According to the Supreme Court, the Court could not give a multidistrict remedy, because of Detroit’s segregation problem, without showing that the suburban schools had participated in willful segregation.[33] Even though Brown called for desegregation in 1954, by 1974 the Supreme Court in Milliken opened the door for white families and communities to disregard Brown’s decision. Instead of setting precedent in the Milliken case when the Court was presented with a majority black city that had no white schools to integrate with, the Court backtracked and upheld segregation, thereby retreating to the pre-Brown era again without a resolution.

[1]Brown v. Board of Education of Topeka, 347 U.S. 483, 495 (1954) (“We conclude that, in the field of public education, the doctrine of ‘separate but equal’ has no place. Separate educational facilities are inherently unequal. Therefore, we hold that the plaintiffs and others similarly situated for whom the actions have been brought are, by reason of the segregation complained of, deprived of the equal protection of the laws guaranteed by the Fourteenth Amendment”).

[4] DERRICK BELL, SILENT COVENANTS BROWN V. BOARD OF EDUCATION AND THE UNFULFILLED HOPES FOR RACIAL REFORM 24 (2004).

[17] Kirsten Weir, Inequality at School, 47 AM. PSYCHOL. ASS’N 42 (2016), https://www.apa.org/monitor/2016/11/cover-inequality-school (last visited Nov. 16, 2020). Some of these actions from teachers are intentional, while some are through cultural differences or implicit biases. 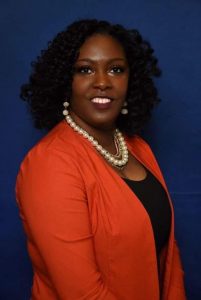